I decided to go unsupported, getting water from the rivers at the designated camp sites. Setting off at 6 am the first 20 miles up the Eastern side went well and I arrived at the notch in just over 6 hrs. There's plenty of reliable water on this half and it went well. I wasn't pushing super hard but thought I'd run around 10.5 hours. I carried all food and used a Katadyn BeFree 1liter filter. I carried about 7 gels, 1 nutella sandwich, 2 PB & J's, 4 granola bars, 2 candy bars, 2 bananas, dried mango and peanuts.

From there it's a steep climb up Old Speck and I should have fully drunk at the river just before the notch, by the top I was out of water and stupidly went across one trickle thinking I'd find more and all future streams were dry until almost 8 miles later. The climb up Sunday River Whitecap with no water in the sun at the hottest part of the day was brutal and I was down to 30 minute miles.

I made one route error bu I'd some how ran over a pretty clear barrier, but as so many others had a path continued but was very overgrown, but eventually I retraced my steps and worked out the correct route.

The route is generally blue blazed, the top of Puzzle is slightly confusing, but then at Baldpate you pick up the white AT blazes through to just before Old Speck when you take the blue blazes again to the summit and beyond. Strangely at the climb up Sunday River White Cap the blazes turn to red, then just cairns over the top with offshoots to look outs, and then blue blazes appear later.

In general it's a great route, not that technical for most part, certainly less technical than the Pemi loop. Going counter-clockwise means you have really broken the back of the loop by the time you get to Old Speck, it's then just 12-13 miles mainly descending. Had I used water more wisely I'd have been significantly quicker. Certainly one to be done. 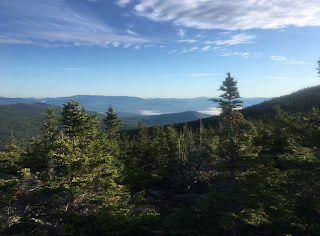 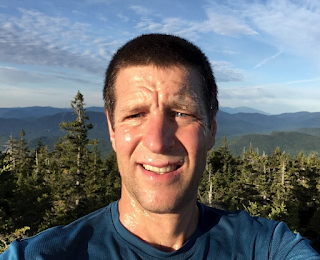 View from Puzzle along the route towards the notch 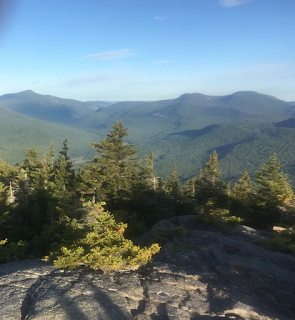 I think the view back of Baldpate East 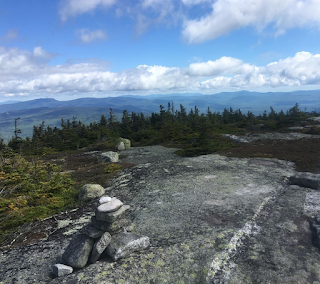 View from East Baldpate over to Old Speck 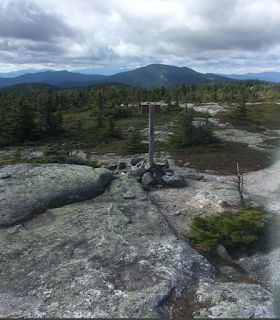 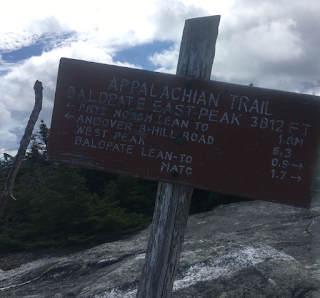 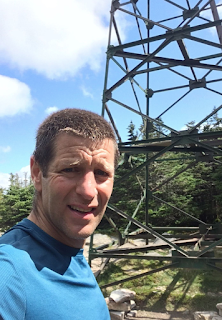